Lord Brahma is the first god in the Hindu triumvirate or Trimurti.

The triumvirate consists of three gods who are responsible for the creation [Lord Brahma], upkeep [Lord Vishnu] and destruction [Lord Shiva]of the world.

Lord Brahma is the creator of the whole universe. It is believed that the four faces or heads of Lord Brahmasignify the four Vedas or Holy Scriptures of Hinduism. Each head is dedicated to one Veda [ Rig-Veda; Sama-Veda;Yajur-Veda; and Atharva-Veda.]

Although He is not worshipped as customarily and widely as other Gods, He is a prominent divine figure in Hinduism and mythology. Lord Brahma’s mount is the Hansa (white swan) symbolic of the magical ability to separate milk and water.

Lord Brahma, despite being one of the most powerful gods and the creator of the universe, has only one temple dedicated to him in the world, and this is what makes the Lord Brahma temple in Pushkar so unique among several other pilgrimage sites and shrines in Rajasthan. It is famous for its annual fair (Pushkar Camel Fair) featuring a trading fete of cattle, horses and camels.

Lord Brahma is also known as the grandfather and as a later equivalent of Prajapati, the primaeval first God. Lord Brahma is known as the father of Manu from whom all beings came into existence. He is also considered the Lord of Speech and Sound. 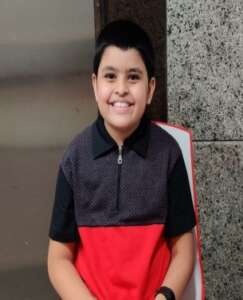 Lord Vishnu is the ultimate God in Hindu religion. He is one of the principle deities of Hinduism and along with Brahma and Shiva forms the Hindu Trinity.
According to the Vishnu Puran, the only one to survive even after complete devastation (Pralaya) was Lord Vishnu. Therefore to keep the cycle of creation, destruction and recreation moving, Vishnu began the resurrection of the universe by giving birth to Brahma from his naval, which is also believed to be the centre of eternal cosmos.It is also said Lord Vishnu took birth as the 12th Aditya, cosmic deity in the form of “Vamana”, dwarf from the womb of Kashyapa’s wife Aditi and that Lord Vishnu wakes up from his cosmic sleep in the cosmic ocean once every 10000 celestial years.
Lord Vishnu is addressed as Palanakarta, ie., Sustainer, Preserver and Protector.
The human kind believe Lord Vishnu as the God of preservation, reality, karma, divinity, super beauty, love, loveliness, protector of religion, godliness, restoration, moksha and so on. His role is to protect humans and to restore order to the world. His presence is found in every object and creation. He is the source of all beings. Lord Vishnu is referred to as the god of gods (deva-deva) in Sanathana Dharma.

Appearance: Lord Vishnu is usually shown with light blue skin and four arms.
Lord Vishnu is shown in blue colour as he resides on the blue cosmic ocean resting on the five-headed serpent named sheshanag. Also that he is infinite and immeasurable like the sky and surrounded by the infinite cosmic ocean.
The Lord holds a lotus flower (Padma) and the Indestructible Mace (Kamoudaki), a Conch shell (Shankha) and the Unstoppable disc (Sudarshana Chakra). The four arms represent virtue, material wealth, success and pleasure.
The conch shell was crafted by the bones of a whale named Panchajanya and represents five elements of nature. It produces the “Om” sound, the primaeval sound of creation.
The chakra symbolises the mind, a reminder of the cycle of time.
The lotus flower: an example of glorious existence and liberation.
The mace represents mental and physical strength and punishment for indiscipline.
Abode: Lord Vishnu is considered to live in the city of Vaikunthaon Mt.Meru, where everything is made of gold, jewels and where there are lakes resplendent with lotus flowers.
Offering Prayers: The best time to chant Lord Vishnu mantras is early morning between 4-6 am, in multiples of 108.
Manifestation:
In five forms of Narayana: Ananthanarayana, Panchabrahman, Satyanarayana, Lakshminarayana, Sheshanarayana and Dhruvanarayana. Approached Drona in the guise of a brahmin and shared knowledge of Naraynashastra

Representation: Usually Lord Vishnu is represented in numerous forms and positions such as below:

Standing upright on a lotus flower with Lakshmi his consort close by him.

Reclining on the coils of a serpent with Lakshmi massaging his feet, surrounded by the milky ocean. This pose symbolises calmness and patience in the face of fear and worries represented by a poisonous snake.

Garuda, the vehicle of Lord Vishnu, assurance of fearlessness

Incarnation: Lord Vishnu is believed to be have come to the earth in nine different forms, with one incarnation yet to come that is Kalki at the end of the Kali Yuga to destroy the evil. They are:
1. Matsya – Fish – some believe this is similar to the biblical representation of Noah
2. Kurma – Turtle
3. Varaha–Pig – Lord Vishnu recovered the stolen vedas
4. Narasimha – half-lion, half-human
5. Vamana – dwarf sage with the ability to grow
6. Parasurama – fierce man
7. Rama – the greatest warrior
8. Krishna – mentally advanced man, Hero of the Mahabharata
9. Buddha – the all-knowing one
10. Kalki – expected towards the end of this present age of decline, as a person on earth, seated on a white horse

What is Lord Shiva’s role?

Shiva performs several roles as a Hindu deity. He is the great ascetic, the master of fertility, the master of poison and medicine, and Lord of Cattle. His combined roles are exemplary of a tendency in Hinduism to see complementary qualities in a single ambiguous figure.

Why is Lord Shiva so powerful?

Among them, Lord Shiva is referred to as the most powerful. … Shiva is often referred to as the “destroyer”, but in reality, it is he who destroys the impurities taking refuge in the human mind. He rids a body of its shortcomings and makes it worthy of attaining moksha.

Near Triyuginarayan village, Shiva and Parvati agreed to marry each other while they were on their way back to meet Parvati’s parents. Their marriage was solemnized in the month of Phalgun, a day before Amavasya. This day is celebrated as MahaShivratri every year. Lord Brahma discharged the duties of the divine priest, while God Vishnu was responsible for the wedding preparations. After receiving the invitation for Shiva’s marriage, the seven mothers- Brahmi, Maheshwari, Kaumari, Vaishnavi, Varaha, Andri and Chamunda dressed him up. Then, he performed all the requisite Karmas to pacify the planet. Finally, his beautiful marriage procession proceeded towards the in-law’s house. After receiving the invitation for Shiva’s marriage, the seven mothers dressed him up. Pixabay, Triyuginarayan Temple, where Shiva and Parvati got married. After the marriage ceremony was over, Sage Garg helped Himalaya in performing the rite of Kanyadan, amidst the chanting of Vedic mantras.

This is the wedding destination of Lord Shiva and Parvati. The place is called Triyuginarayan temple. This is a Hindu temple.

The location of the Triyuginarayan temple – Triyuginarayan is located in the Rudraprayag district of  Uttarakhand, just 12 km off-road ( from main Kedarnath road ).