Psychological Fatigue is a silent killer at the workplace.

Office deadlines, a sick child at home, huge rental outgoes,expenditures at their peak, chaotic traffic, unable to juggle a cup of coffee between tight work schedules, confusion as to what is to be done on a priority basis can all be various reasons for

Demonstrating we’re in control, showing grit no matter what–those are the dominant behaviors most of us reinforce.We need to take charge of our lives no matter what or worse still, they foster a manner of social comparison. They imply, “I have to deal with it; you should too.”

So my question is should psychological fatigue be fought?

No, Do not fight psychological fatigue but turn it to your advantage…and how does one do that?

When our colleagues are slightly slumped when compared to regular days, make sure you do not sympathise with them but add in your positive energy thereby resulting in attitudinal benefits…

Make sure you do not take a coffee break/tea break or a nap when your energy is down but shift focus from your own small world of challenges and aim at helping someone in your own small way. The power of helping/giving or sharing can match no other joy in this world.

A lot of us feel recharged or energised with meditation, mindfulness and chanting shlokas. eg: Neurologist’s research shows that chanting the Hare Krishna Maha Mantra is said to relieve one from high levels of anxiety/bipolar/OCD/ Schizophrenia or simply just STRESS

The only method doctors currently have of decreasing such brain activity is anti-epileptic medication. This is used as a therapeutic measure to treat patients with anxiety, schizophrenia, and other such mental disorders.Voluntarily decreasing your brain activity is unheard of. But findings show that we can create the same therapeutic effects of medication by chanting the Hare Krishna maha-mantra.The findings also correlate with the model Lord Krishna gives in the third chapter of the Bhagavad-gita, where He says “one should steady the mind by deliberate spiritual intelligence”.

To  be able to prescribe the Hare Krishna maha-mantra to the stressed lot, the data needs to be collected in an organised fashion,so that it will no longer be viewed as a pseudo-scientific process. Then we will have unbiased data to move forward in our preaching movement, in a systematic and metric-based fashion.

Make this a part of your daily schedule at the work place. Introduce MENTAL WELL BEING Programs which help reduce stress, increase productivity and reduce attrition at the corporate level 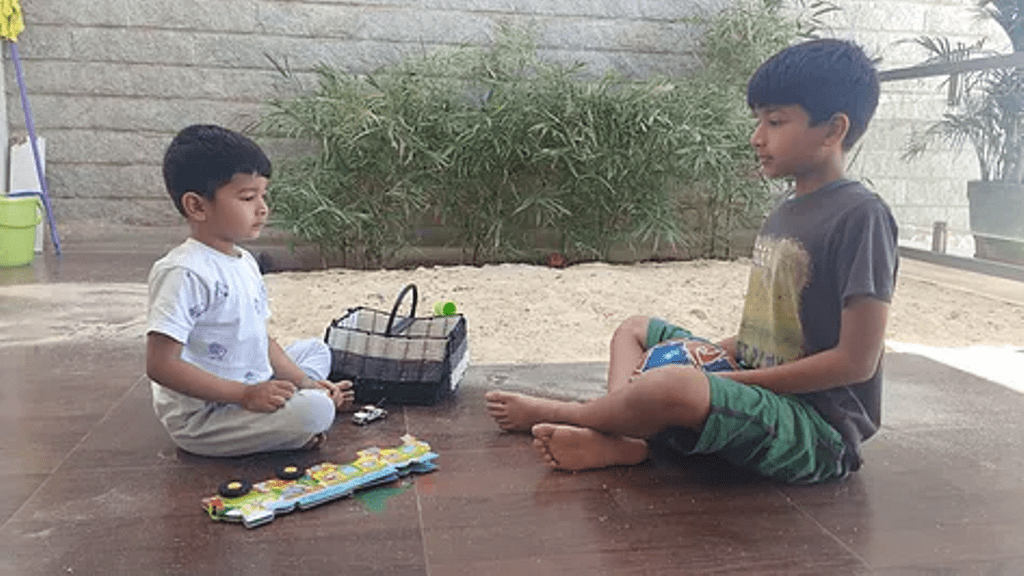